Describe your management team’s strengths and/or unique qualities in terms that matter to your customers.

Chairman and CTO, and Founder

Thorne is a Professor of Physics at Cornell University. He is known for his research group’s work in:

Thorne was named a Presidential Young Investigator, 1988-1993, and Alfred P. Sloan Fellow, 1988-1990. For his work in introductory course instruction to premedical/life science students, he received a Faculty Innovation in Teaching Award in 2006 and the Class of ’72 Award for Innovation in Teaching in 2007, and for his broader contributions to undergraduate education he was named a Weiss Presidential Fellow in 2011.

Thorne holds and/or has pending 10 patents related to biomolecular crystal growth and crystallography and cryopreservation.

In 2004, Thorne founded MiTeGen, LLC to commercialize MicroMounts™, based on research and development at Cornell. 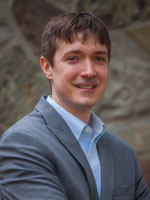 Apker has spent his 12 year career with MiTeGen, driving business, operations, and product development. He understanding of the company’s and industry’s needs has allowed him to play a critical role in the rapid growth of MiTeGen’s international reputation.

With expertise in customer relations, product-line management, industry innovation, and operations, Apker provided a critical leadership role in the development of nearly all aspects of MiTeGen.

Apker graduated with honors in Physics from SUNY at Geneseo, and was inducted into the National Physics Honors Society.

Connect with Ben on Linkedin